“Twisted” is the prompt of this week’s WPC. And I have just the right street photographs for this challenge, with pedestrians having a twist and doing the twist. Both images were taken in Portland, which is also a good fit for this week, as this is where I currently am, doing another two-week work stint in the Pacific Northwest.

The good news is I’ll be enjoying the long Memorial Day weekend over here. I haven’t decided on any plans yet, but there will be plenty of opportunity for some extended photography. And the weather should also be quite ok. Now I just need to make it into the weekend….

Wish you all a great Wednesday! 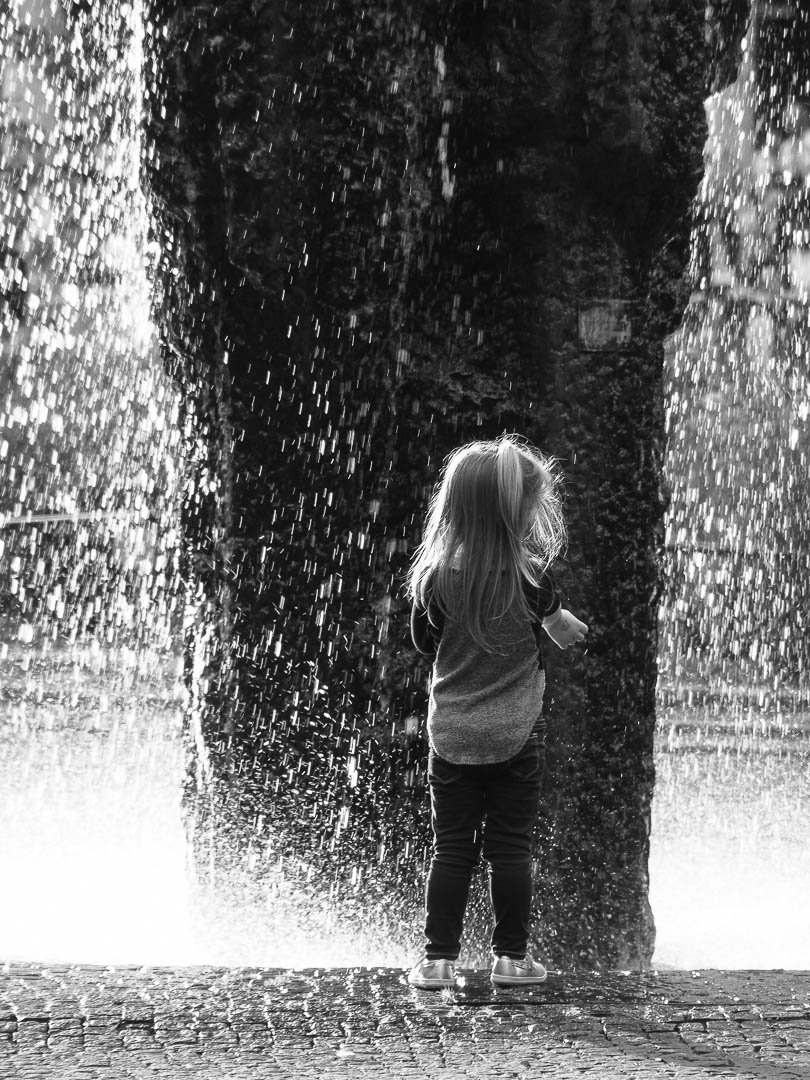 “Liquid” is the theme of the WPC Weekly Photo Challenge this week. So let it be wet! My title photo is a street photo from downtown Nuremberg.  The image was taken with my Olympus PEN-F with the mZuiko 14-150mm F/4-5.6. Image specs 1/250 sec @ f/5.6 and ISO 320. Have I mentioned before I am a big fan of shooting into the light? You just have to make sure you measure for the correct exposure, as back-lit images tend to be too dark, as the camera “sees” too much light, especially with matrix exposure metering. In these situations it is best to switch on center weighted or even spot metering and put your metering point(s) over the area you want to have correctly exposed. In this case I exposed for the hair of the girl, which had a great midtone contrast.

For a small collection of more liquid street-, landscape- and travel-photos I invite you to look after the jump…. END_OF_DOCUMENT_TOKEN_TO_BE_REPLACED

The current weekly photo challenge (WPC) from Word Press’ “The Daily Post” has the theme “Unlikely“.  I deliberately waited until today to post my image for this week’s challenge, because the unlikely event I was hoping for happened just yesterday. After four years playing in the second German soccer league, our hometown soccer team 1.FC Nürnberg secured promotion to the first league yesterday by a 3:0 away victory in Sandhausen. This is special, as no-one really expected this to happen this year, as last season they barely escaped going down into the third league. And having suffered infinitely in the last years (the last national championship won was 1968), everyone really was reluctant to believe until it really happened.

So to the delight of the faithful fanbase the “Glubb” (affectionate nickname of the team) is back among the best German teams. The whole family watched the game on TV, combining it with a nice barbecue on the summer like day. After dinner my Big Girl headed to the teams location in town to welcome the players returning after a hilarious bus ride (at least according to the instagram videos posted by players) back from the game. 10.000 fans and the players then turned night into day.

My photo is from my last visit to a game a few weeks ago. Next week, after the final home game, will be the big party in the city.

Wish you a great start into the week!

This week the weekly photo challenge (WPC) from Word Press’ “The Daily Post” has the theme “Lines“. So here is my “lineiest” street photo. For some more line items (pun intended) continue after the jump…. END_OF_DOCUMENT_TOKEN_TO_BE_REPLACED

“Rise/Set” is the theme of this week’s WPC from Word Press’ “The Daily Post”. This is a perfect challenge to send us all into a (hopefully) sunny Easter weekend. In Germany, Good Friday and Easter Monday are public holidays, so we have a long weekend ahead. Time to spend with friends and family, time for some photography. To see some sunsets (and a sunrise) from my travels around the world, continue after the jump…. END_OF_DOCUMENT_TOKEN_TO_BE_REPLACED

The Weekly Photo Challenge calls to depict a “Favorite Place“,  an image of a happy place  or a faraway location you return to again and again.

The city that has a special place in my heart, a city I return to again and again, is Genoa. “La Superba”, as the city on the Ligurian Riviera is also called, was our home from 2001 to 2005, and where we have many very good friends.

Typically the first place we head to, when visiting, is the “Porto Antico”, the old port, that dates back to Roman times. Towering above the harbor basin is “La Lanterna”, the historic lighthouse, and the principal landmark of Genoa.

Sitting in on of the bars at the Porto Antico, looking at the Lanterna, sipping a cocktail and enjoying a warm sunset, there are not many places on this planet that mean more to me than this one.

StoNur on the Road – Portofino

StoNur on the Road – Blood Mountains 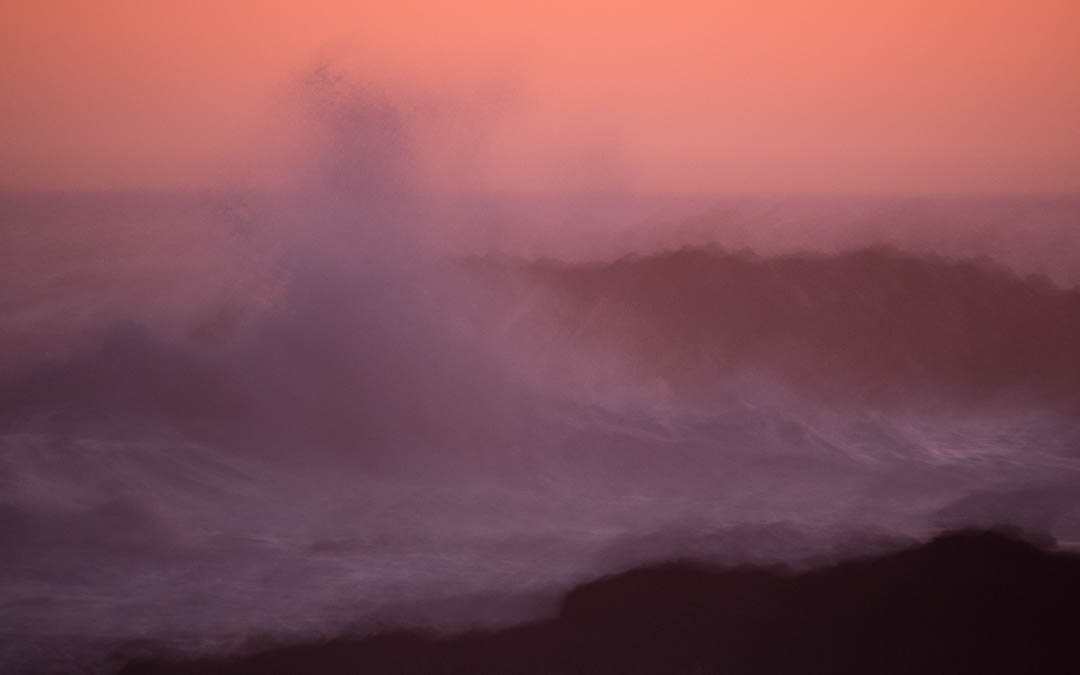 “Out of This World” is the theme of this week’s WPC.  A place where I always feel detached from the hectic and challenges of this world is at the seashore, taking in the ever present magic light and the roaring surf of the big ocean.

Shooting becomes something truly meditative, I set shutter speed to about 6 seconds and click, moving the camera ever so slight, creative experiments with the impossible mission to transfer the sights and sounds of an ocean evening onto the sensor of my camera….. 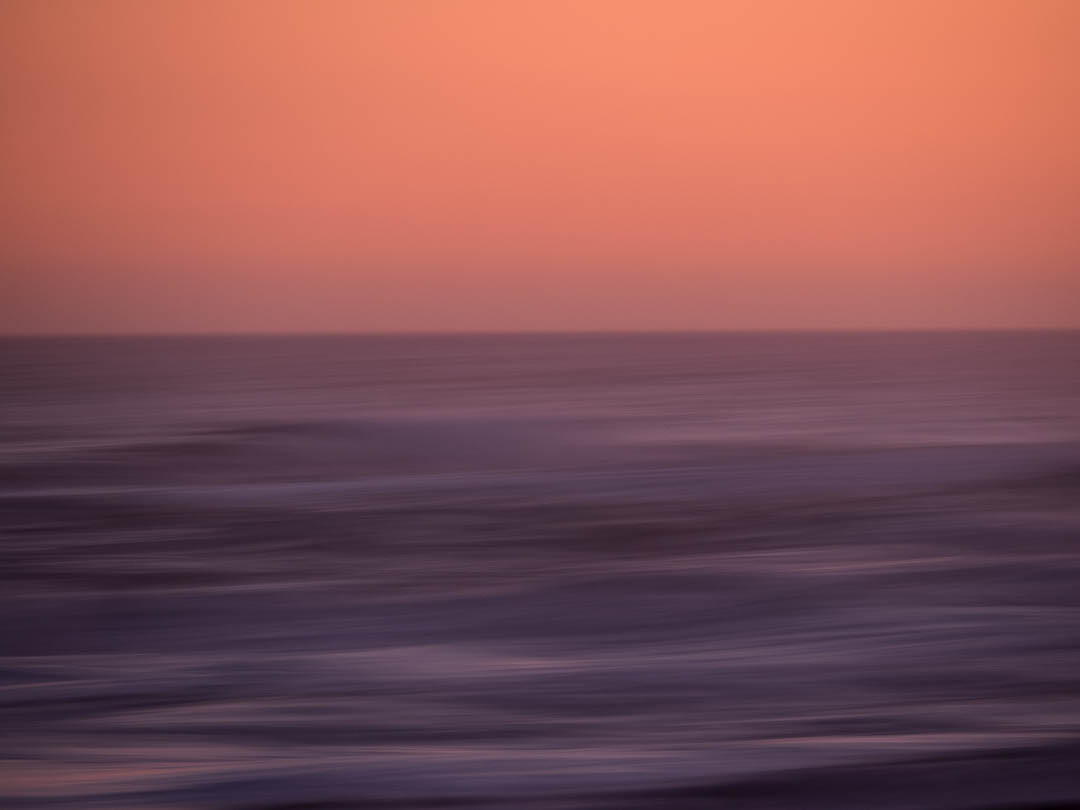 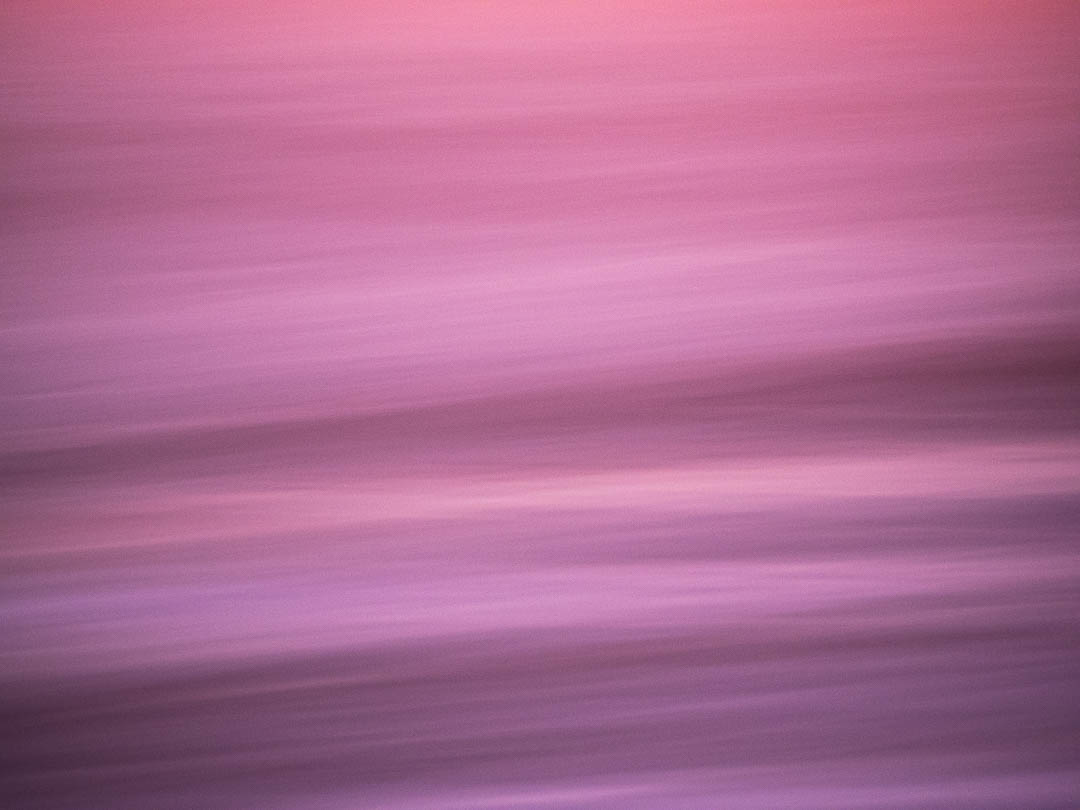 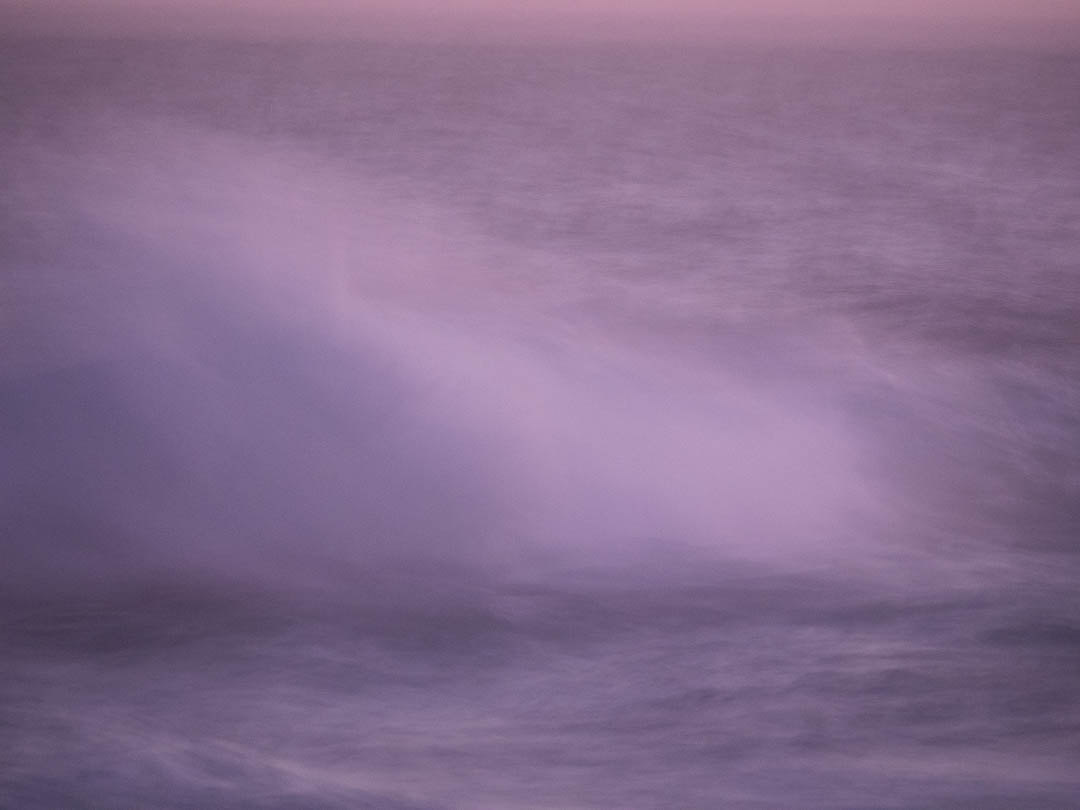 I wish all of you a great and relaxed weekend! 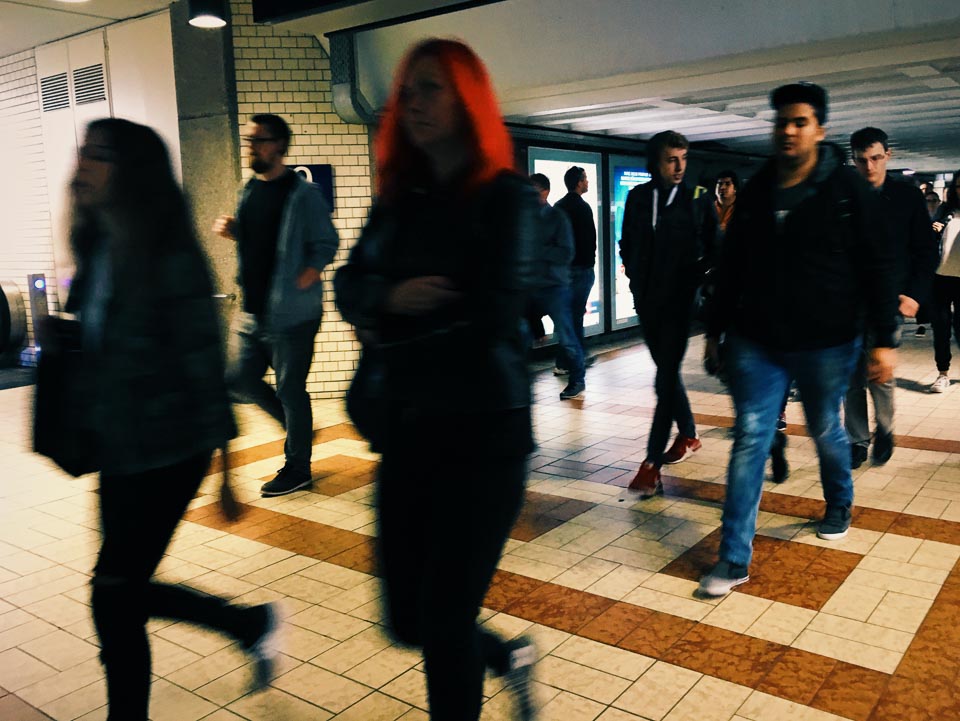 The job that pays the bills has once more sucked up all my time and energy. And starting tomorrow it is back to traveling for me. First a short trip to Brussels for a workshop, and after spending the coming weekend at home, I will head over the big Ocean again for two weeks of project work in Portland, Oregon. Can’t say that I have missed stepping on a plane in the past four weeks.

So this week’s Word Press’ Weekly Photo Challenge is kind of fitting, as it has the theme “A Face in The Crowd“. When traveling, you embed yourself in moving masses of people, mostly total ignorant of their surroundings, only focused on catching their next train, plane or bus, or waiting in lines for security checks and passport controls. So here are a few Street Photographs perfectly suited to cover this week’s challenge. For more continue after the jump…. END_OF_DOCUMENT_TOKEN_TO_BE_REPLACED

In the midst on being busy with the 10 Day Photography Challenge of fellow blogger Cassia I can’t miss the WPC of this week with the title “Beloved“. All of these photos have been published on this blog before, but the fun part of the challenge is always to come up with a new grouping of the photographs. To see the other entries continue after the jump… END_OF_DOCUMENT_TOKEN_TO_BE_REPLACED

“Variations on a Theme” is the challenge from Ben Huberman of “The Daily Post”. I wish I had more variations in my life this past week, but it was a totally crazy work week with no room for anything else but the job that pays the bills. I didn’t even have a chance to touch my blog in the past 6 days. Once I got home, it was just collapse on the couch. No desire to go out and be creative. But I guess I’m not the only one feeling overwhelmed at times.

So here we are, approaching the weekend, and the Weekly Photo Challenge is my chance to finally get a post out. While browsing through my photo book from last summer’s Namibia vacation the other night, this panoramic view from the Quiver Tree Forest near Ketmanshoop caught my eye, the wide variety of silhouettes of these ancient desert trees against the still gold sky after sunset would make a good entry for this week’s challenge.

I wish everyone a peaceful and relaxing weekend!

When I read the title of this week’s Word Press Weekly Photo Challenge – “Silence” – it was this street photo that was immediately in front of my eyes. I know I have posted it before, but this photo is all about silence, as silent as street photography can be.

The sounds of a bustling Italian market were barely audible inside the cathedral of Cremona, where only a handful of visitors were present in this huge church that was  totally silent.

And then there is the silence in and around this old man that was totally lost in thoughts.

Just to answer the questions that came with my earlier post of this, I shot this photograph at the long end of my small mZuiko 14-150mm F/4-5.6 telezoom (300mm full frame equivalent) and my Olympus was set to silent mode. I was standing behind a column shooting around it, so I was sure not to disturb in any way through my photography.

I wish everyone a great Thursday!

StoNur on the Road – Banana Streets 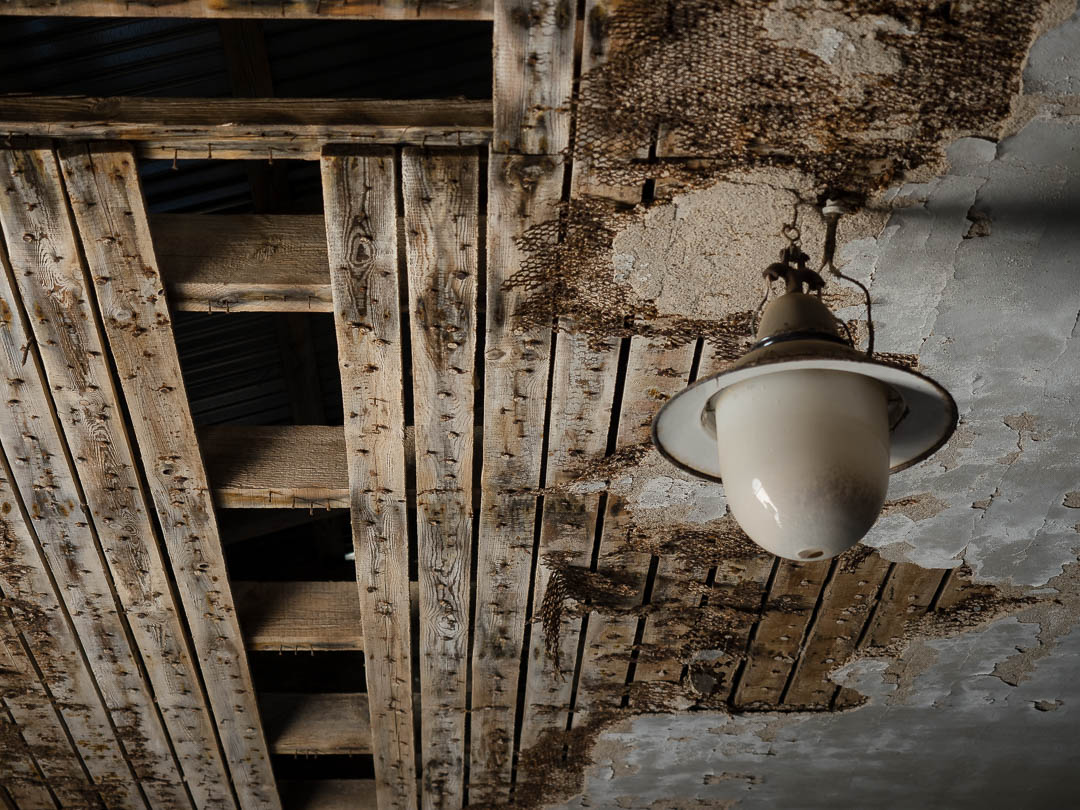 “Weathered” is the theme of Word Press’ Weekly Photo Challenge. Maybe you’ve read my post about our visit to the diamond ghost town Kolmanskop in Namibia that we visited last summer. There was nothing more “weathered” as these hundred year old buidings that are being slowly consumed by the Namib desert. So an easy choice for the challenge. For my collection of “weathered” detailed photos of the ghost town continue after the jump… END_OF_DOCUMENT_TOKEN_TO_BE_REPLACED