Driving on African gravel roads is tiring. The landscape around you is fantastic, bit keeping the car steady on the gravel or sandy roads takes a lot of effort, you can never drive on “autopilot”. After a 380 kilometer and 6 hour trip on unpaved roads we arrived at the coastal town of Swakopmund. After checking into our B&B we went straight to the historic jetty to experience the African sunset behind the Southern Atlantic Ocean.

Despite having a coastline of 1400 kilometers, Namibia has only two natural ports, Luderitz Bay in the south and Walvis Bay just 30 kilometers south of Swakopmund. As Luderitz was limited to the diamond mining operations and had no real access to the rest of the country due to being isolated by the Namib desert, and Walvis Bay was British, the German colonial authorities founded Swakopmund as a city that had at least some access too fresh water and decided to built a Jetty in 1905 to help the unloading of cargo from ships and support the settling activities. At the Ocean end of the Jetty is a great restaurant where we enjoyed a great fish dinner after getting the obligatory sunset pictures first.

The Ocean waves where impressive, as was the colors of the sky after the sun went down behind the great Oceans waves. I wanted to create a long exposure image of the waves, creating that dreamy effect. In order to achieve the longest possible exposure time I set the PEN-F to its smallest aperture of f/22 and the lowest native ISO of 200, resulting in a 6 second exposure time, long enough to create what I was after.

To keep it simple, I did not attach any filters, and neither I used a tripod. I simply set the camera on on of the rocks between the road and the beach and used a 2 second self timer to avoid any camera shake after pressing the shutter.

The photograph is a jpg out of camera, no postprocessing was applied.

Have a great Friday!

Surely on of the highlights of every Namibia trip is a visit to  Sossusvlei, a salt pan  surrounded by high red dunes, located in the Namib-Naukluft National Park. The name Sossusvlei can be translated with “dead-end marsh”. Sossusvlei is the final drainage basin for the Tsauchab river, who ends here and will never see the coast of the Atlantic Ocean. To find out more about this fascinating natural marvel in the Namib desert continue after the jump… END_OF_DOCUMENT_TOKEN_TO_BE_REPLACED

No worries – I did not get lost in the Namib desert. In fact, we successfully crossed it, arriving in the coastal town of Swakopmund today. But the last four days we had no access to the world wide web.

So I’m lagging a bit behind with my posts, but I want to stay in sequence. After visiting the Fish River Canyon I want to show you to a special place in the Namib desert, the Diamond Ghost Town of Kolmanskop. For more info and photos continue after the jump… END_OF_DOCUMENT_TOKEN_TO_BE_REPLACED

Like Loading...
29. August 2017 40
With its breathtaking beauty the Fish River Canyon is one of Namibias prime tourist attractions. Behind only the Grand Canyon in Arizona, it is the second largest canyon in the world with a total length of about 100 miles (160 km), up to 17 miles  (27 km) wide and in places almost 1800 feet (550 meters) deep. It was carved out by the Fish River about 600 Million years ago.

For a bit more info and more photos of this natural wonder continue after the jump…. END_OF_DOCUMENT_TOKEN_TO_BE_REPLACED

The Namibian night sky is spectacular. Last night at Gondwana Canyon Village I had a first try at shooting the stars. I took this image right next to the cottage we were staying in.

Camera was the Olympus OM-D E-M1 with the mZuiko 12mm F/2 wide angle prime. I put the camera on a tripod, set the 12 second self timer (to avoid camera shake) and dialed in a 60 second exposure time at F/3.2 and ISO 400. I manually focused the lens to infinity. These are good starting points for some trial and error. For composition (as it was pitch dark in the direction I was looking) I lit the rocks with a torch while positioning the camera on the tripod, then turned off the light while taking the image. The lighting on the rocks came from the small walkway lights in my back of Gondwana Canyon Village, so I did not need to manually paint the foreground with my torch.

In lightroom I increased the white point to bring out the details in the milky way, opened the shadow up a tad, then adjusted the grad curves until I was happy with the results.

At next opportunity I will try a reduced shutter speed (like 1/30 sec) to make the stars more crisp while turning up the ISO a bit.

For other tips please visit my learning center.

Next up will  be a post about Fish River Canyon, so stay tuned!

The “Streets of Nuremberg” continue with the road trip through Namibia. After leaving the capital Windhoek, we drove around 500 kilometers down south. First stop in the South of Namibia was Keetmanshoop with its famous Quiver Tree Forest.

This unique piece of nature comprises of about 300 trees of  “Aloe dichotoma”, more commonly known as “quiver tree” or kokerboom, because bushmen traditionally used its branches to make quivers. The tallest quiver trees are two to three centuries old.

We arrived at the Quiver Tree Forest in the late afternoon, it is spectacular in the light of the fading day and to photography the tree silhouettes in front of the golden evening sky.

Tomorrow we will head to Fish River Canyon, the second largest canyon in the world only behind Arizona’s Grand Canyon. Stay tuned for more of Namibia!

26 hours after leaving home we reached Windhoek. The capital is the starting point of our tour around Namibia. After checking into our hotel we did a little stroll through the streets where I captured some scenes of local street life. Early tomorrow morning we head to Southern Namibia, less street life, more great landscapes. Stick around to discover a bit of Namibia. How frequently I can post I can’t promise, finding good Internet to upload photos seems to be often a challenge. Also please bear if I don’t reply to all your comments immediately or stay current on your blogs. I will catch up as I find time. 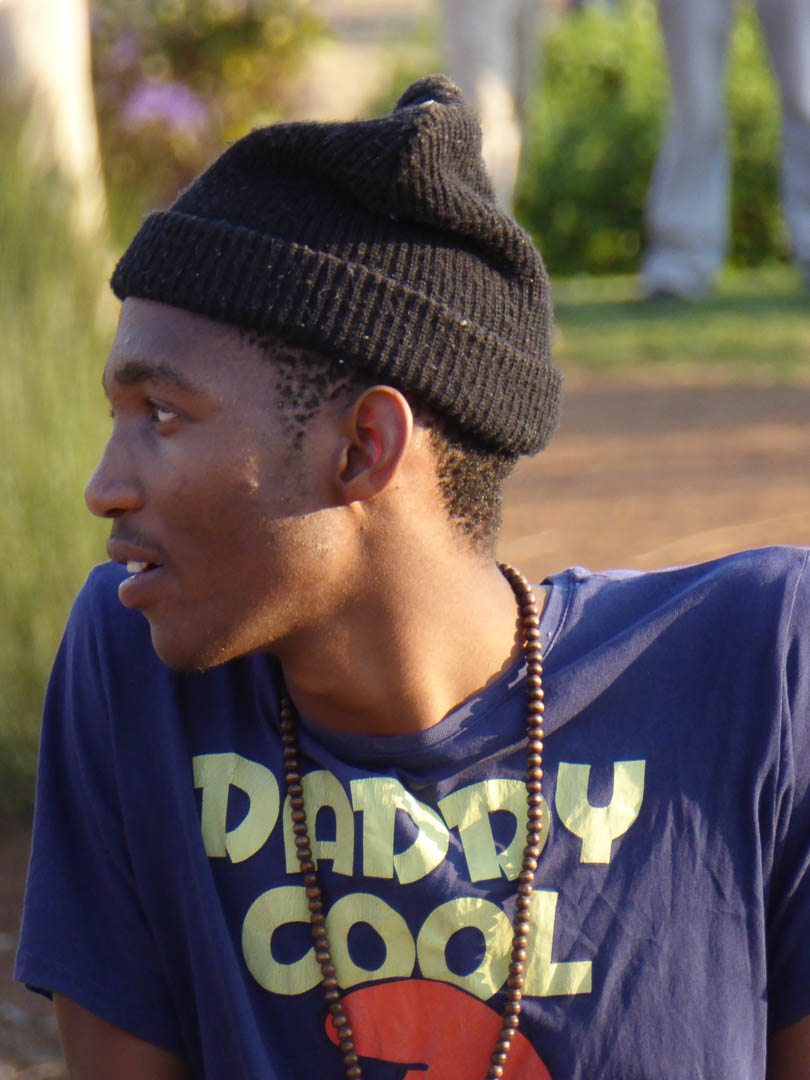 Africa is calling again! Tomorrow I will once again board a plane for a long distance flight. But this time it is for a family vacation. And the destination is Namibia. 23 years after our first visit we will return to this great country on the Atlantic Ocean side of Southern Africa. I’m looking forward to  the immense friendliness and hospitality of the local people, colorful street life, great landscapes with oceans, canyons, mountains and deserts and the wildlife in the bush and the plains.

We are deeply in love with Africa since having lived in Johannesburg in the early nineties. Back than we have toured all of South Africa and the neighboring countries like Zimbabwe, Botswana and Namibia. We spent our vacation two years ago in South Africa. Last year we visited Tanzania. And this year we are looking forward to see Namibia again.

So stay tuned for some insights into Southern Africa when the Streets of Nuremberg will travel the roads of Namibia.

StoNur on the Road – Banana Streets

Today I received a surprising e-mail. The “Streets of Nuremberg” have been selected by the panelists of Feedspot as one of the Top 75 Street Photography Blogs on the web. I made the list ranking 30th, which is all the more humbling as this list really features the “who’s who” of renowned Street Photography blogs, many of which I visit frequently.

Since I started the “Streets of Nuremberg” in January 2016, this blog has grown to 2.765 followers with an average of 160 views a day.

This would not have been possible without my readers, many of whom have become friends. And it is an obligation to continue bringing you my experiences and tips around Street- and Travel Photography.

Make sure you also frequently check out my  Learning Center with all my free tips, tutorials and inspirations around photography!

Who says Street Photography can only be done in the streets? Check out these photos from Manzanita Beach at the Oregon coast that I took during my coastal road trip last weekend.

Obviously, beach life in Oregon is quite different from beach life in SoCal or Florida, even in August. The northern Pacific has no more than 13 degrees celsius, so swimming is more a challenge than a refreshment, even on a nice August day.

I had the Olympus OM-D E-M1 with the mZuiko 40-150mm F/2.8 Pro Zoom with me while I sat in the warm sand and observe the beach life around my.

Remember to dial in a bit of positive exposure compensation. The bright light and white sand tends to suggest the meter in your camera there is too much light in a beach environment, leading to underexposed photos.

For a few more images of Oregon beach photography continue after the jump…. END_OF_DOCUMENT_TOKEN_TO_BE_REPLACED

Another ten day stretch in the Pacific Northwest comes to an end, in a few minutes a Delta Airlines Airbus A330 will take me into the afternoon Portland sky for its 10 hour journey across Canada and the North Atlantic Ocean to Amsterdam, from where I take the connecting flight back to Nuremberg.

On the flight I will open the digital darkroom to go through my photos from last weekend’s trip to the Oregon coast, where I had plenty opportunity for some nice travel photography (you might have seen the two appetizers here and here). But there are even better times ahead (not only photographically 😉 )….three more days in the office and then I made it to summer vacation. And my destination will be Namibia.

I’m back in Portland after a great weekend on the Oregon coast. I took too many photos that will take a few days to sort through and post-process. So like yesterday I show you once more the final image of the day, a sunset scene near Lincoln City. Isn’t this what a drive along the great ocean is all about?

In my free Learning Center is a post how to shoot silhouettes, check it out!

I wish all of you a great week.