No worries – I did not get lost in the Namib desert. In fact, we successfully crossed it, arriving in the coastal town of Swakopmund today. But the last four days we had no access to the world wide web.

So I’m lagging a bit behind with my posts, but I want to stay in sequence. After visiting the Fish River Canyon I want to show you to a special place in the Namib desert, the Diamond Ghost Town of Kolmanskop. For more info and photos continue after the jump… 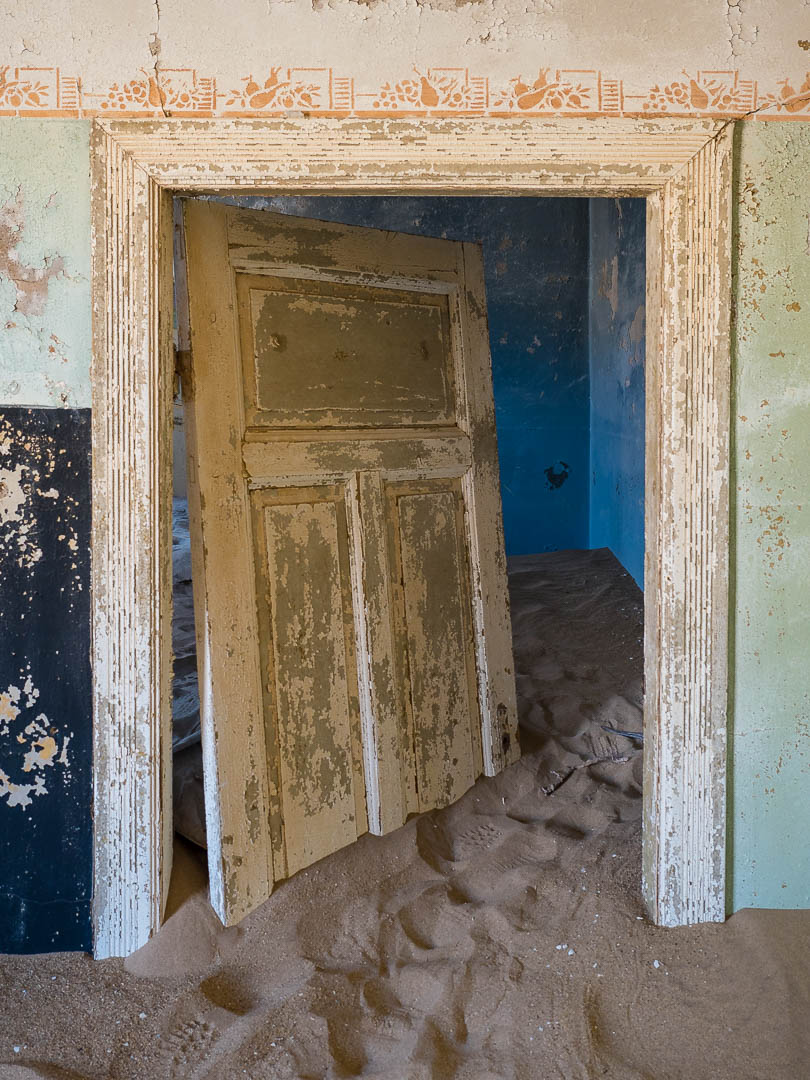 Kolmanskop (or Kolmanskuppe in German) is a ghost town in the Namib desert in Southern Namibia, about 12km west of the coastal town of Lüderitz.

Here, in 1908, a worker found a diamond while working in this area and showed it to his supervisor, German railway inspector August Stauch. Realizing the area was rich in diamonds, German miners began settlement, and soon after the German government declared a large area in Southern Namibia as a “Sperrgebiet” (prohibited zone), starting to exploit the diamond field. Initially, the diamonds were literally littering the desert grounds, so workers just needed to pick them up from the ground.

To attract the needed engineers and supervisors to the desert, the German colonial authorities built a complete village in the architectural style of a German town, with amenities and institutions including a hospital (with the first x-ray station in the southern hemisphere), power station, school, a large structure serving as theatre, ballroom and sport-hall, ice factory  as well as the first (donkey drawn) tram in Africa. It was connected via railway to the port town of Lüderitz. 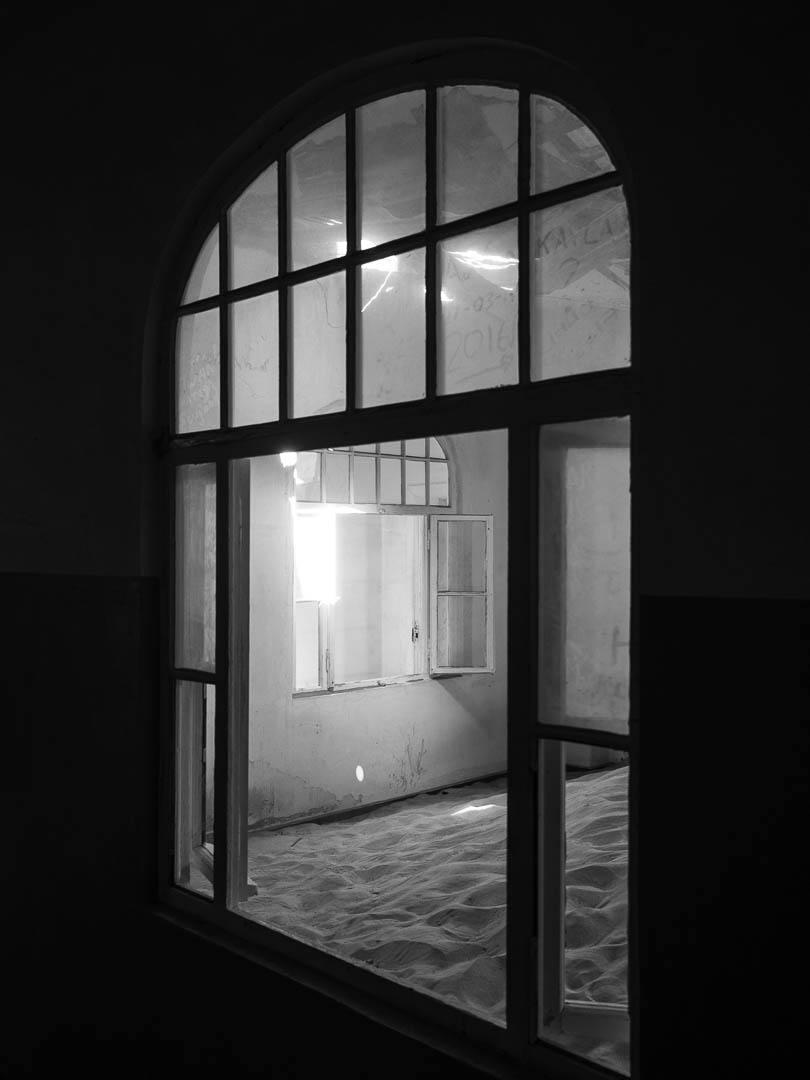 The town started to decline when the diamond field slowly started to deplete. Hastening the town’s demise was the discovery in 1928 of the richest diamond-bearing deposits ever known. These were on the beach terraces 270km south of Kolmanskop, near the Orange River. Many of the town’s inhabitants joined the rush to the south, leaving their homes and possessions behind. The town was ultimately abandoned in 1954. The geological forces of the desert gradually reclaimed the buildings, so today’s tourists now walk through houses knee deep in sand. Due to its location within the restricted area (Sperrgebiet) of the Namib desert, tourists need a permit to enter the town, which can be bought at the gate. 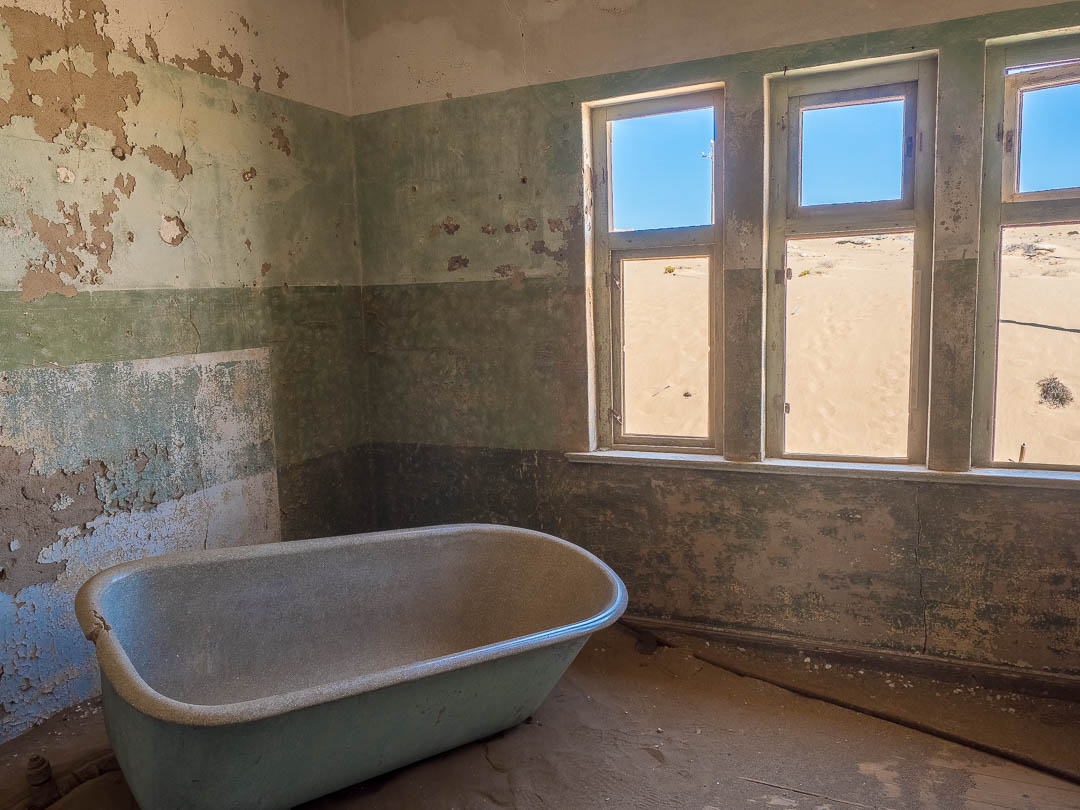 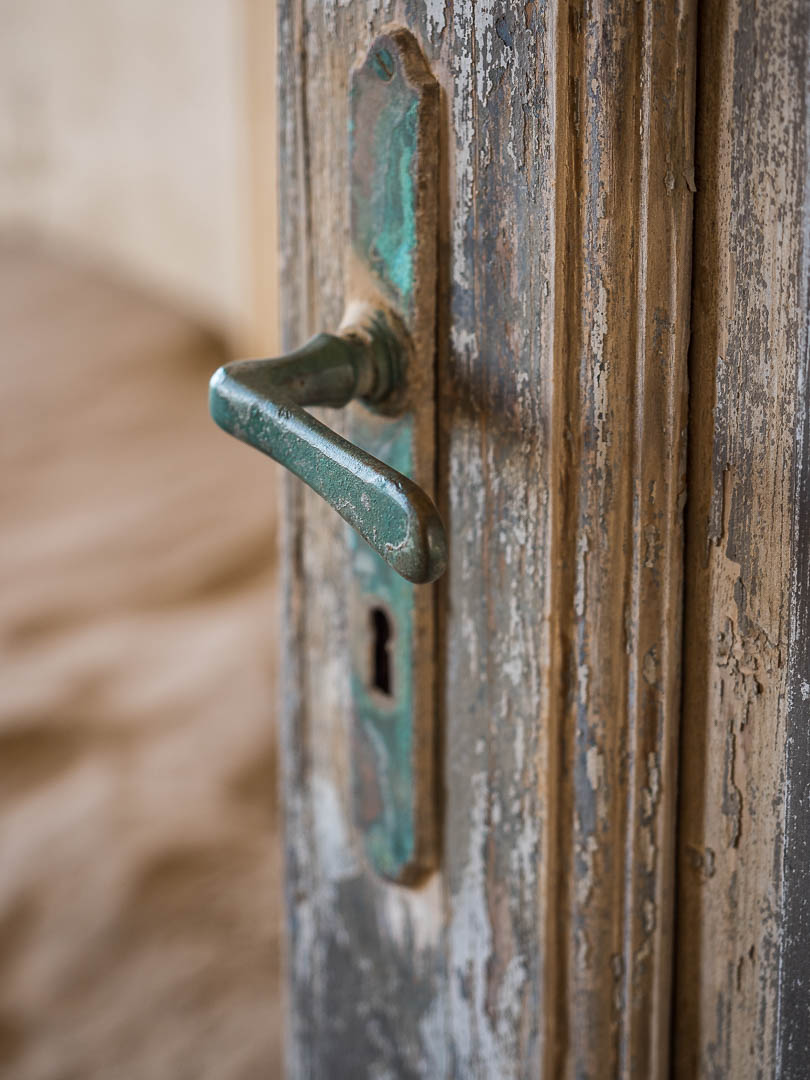 It is advisable to take one of the two daily tours to learn about the fascinating history. After, you can venture through the houses at your own pace, but you need to be careful, as not all buildings are safe and there can be also poisonous snakes hiding in the structures. 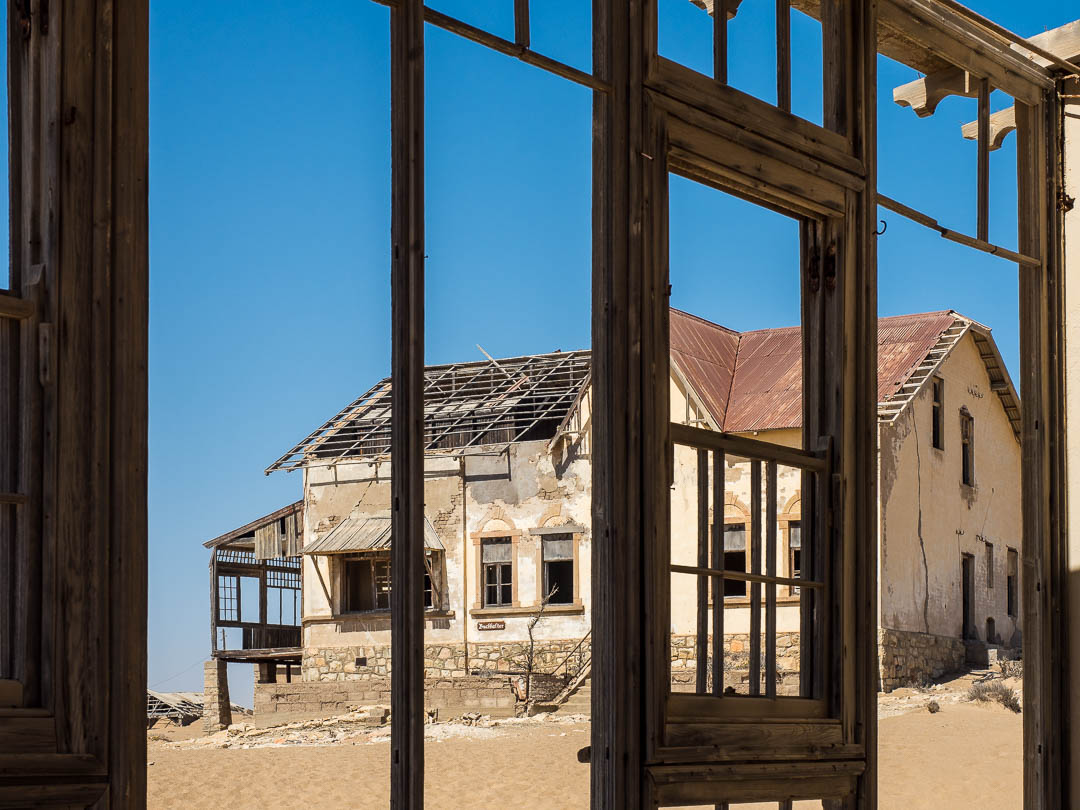 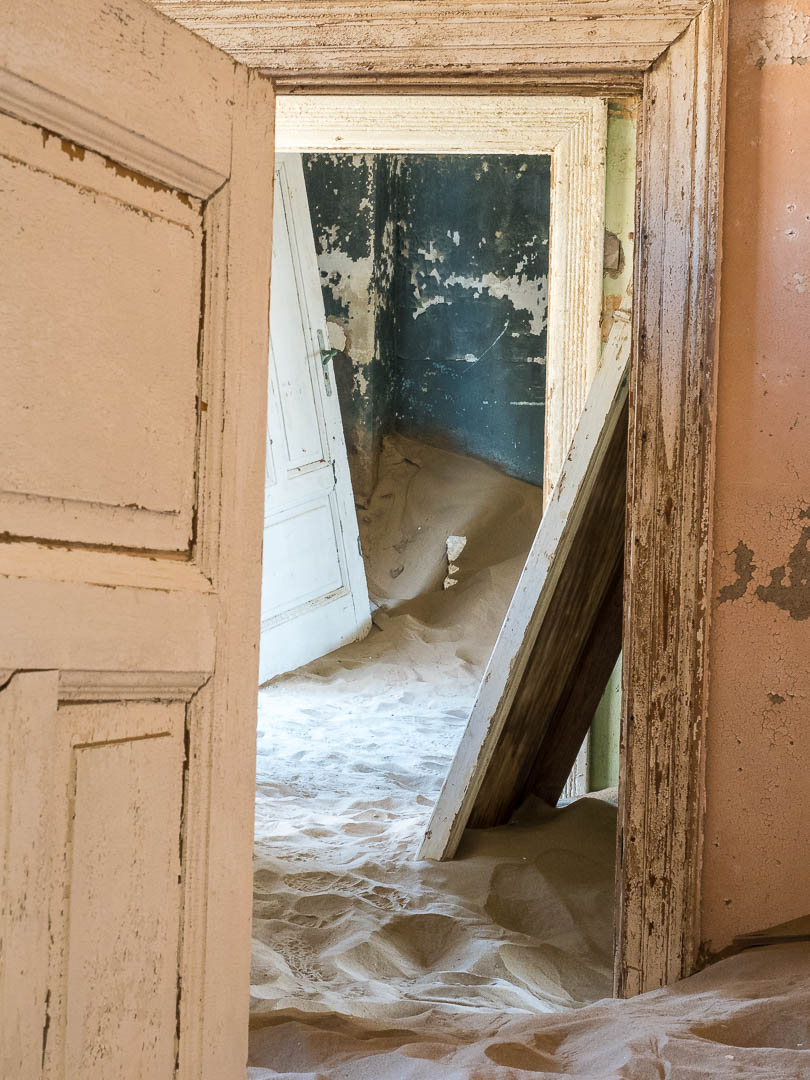 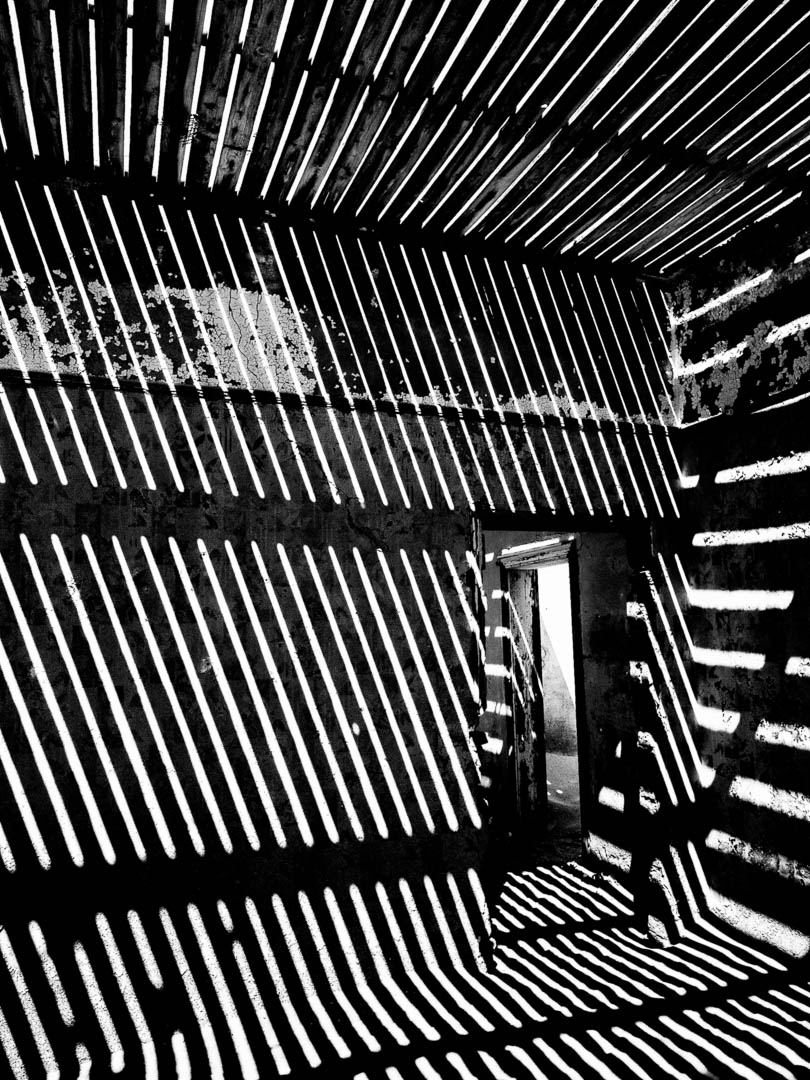 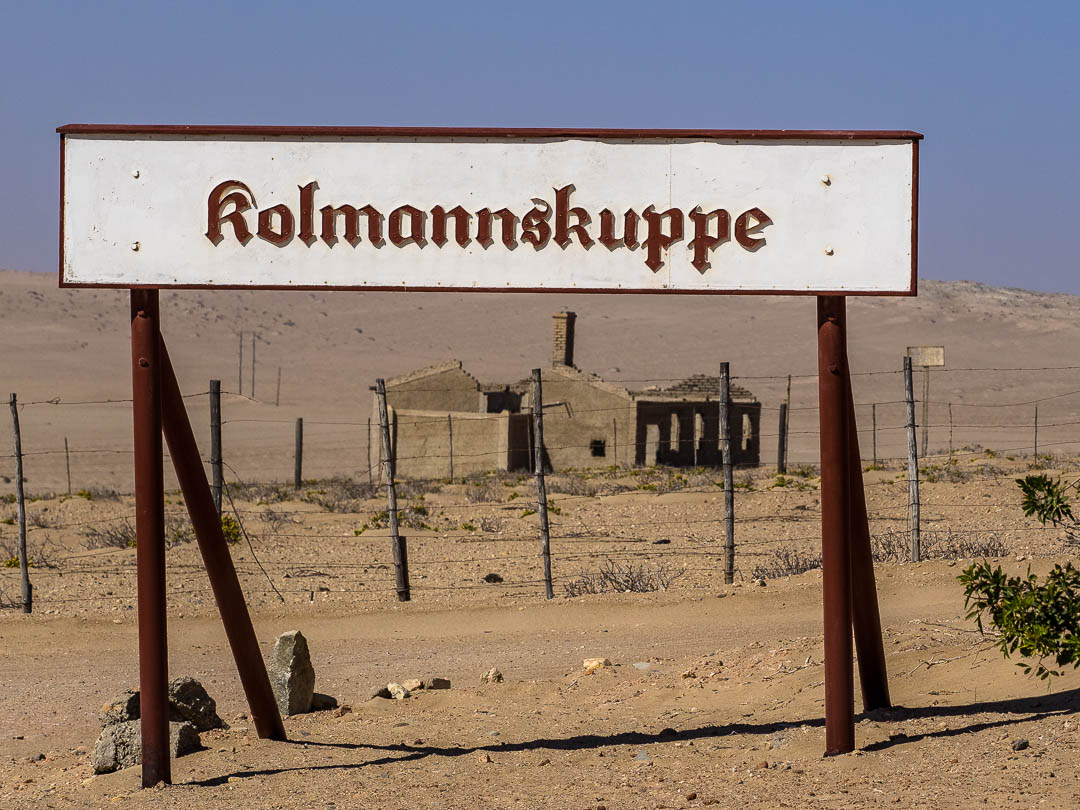 Next stop on our Namibia trip are the famous sand dunes of the Namib desert, so stay tuned!