After the jump find some images I was able to capture….. 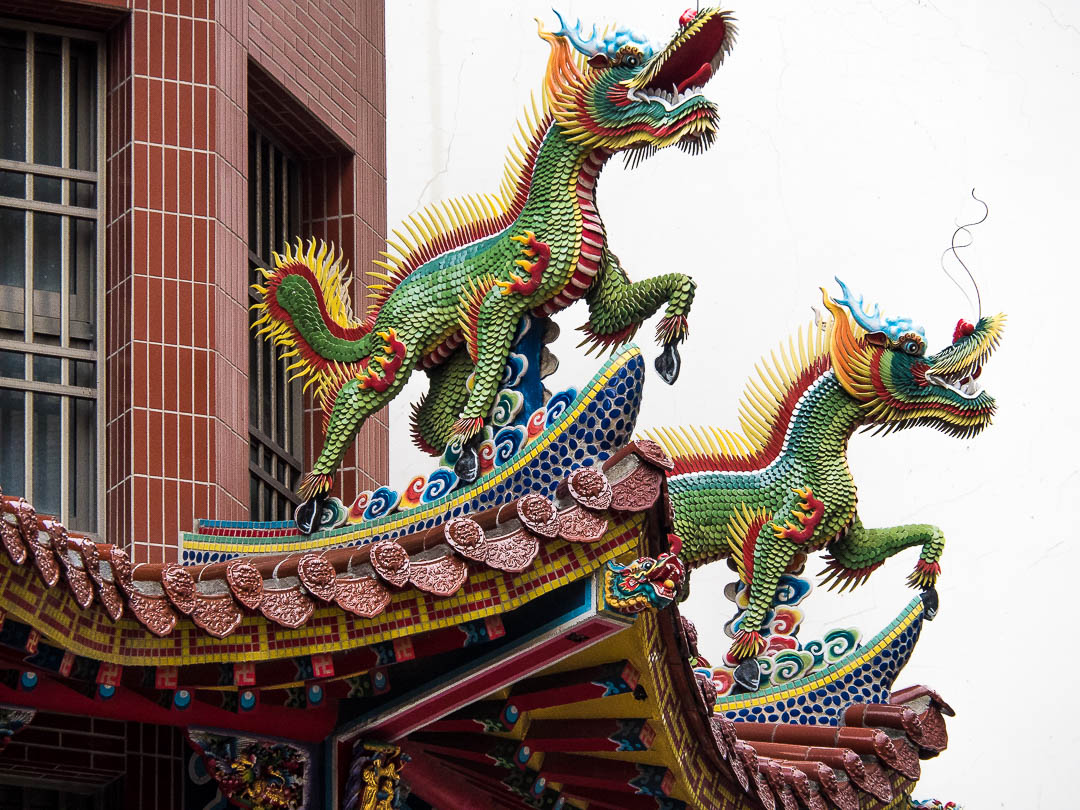 Scooters seem to be the main mode of transportation on the streets of Hsinchu. Especially eye-catching are the whole families riding together on a single scooter. The little ones in the front position obviously enjoy themselves.

Another thing I really noticed is how many people on the streets, workers in shops and restaurants walk around with face masks on, obviously protecting them from germs or air pollution, even though I thought the air was pretty clean compared what I’ve experienced in big cities on the China mainland.

I hope you enjoyed this 45 minute photo walk through the streets of Hsinchu, Taiwan. As usual, the photos were taken with my Olympus PEN-F and the mZuiko 14-150mm F/4-5.6 travel zoom.

After just about 24 hours on the ground in Taiwan we’re heading to China mainland and Shanghai tomorrow – stay tuned!