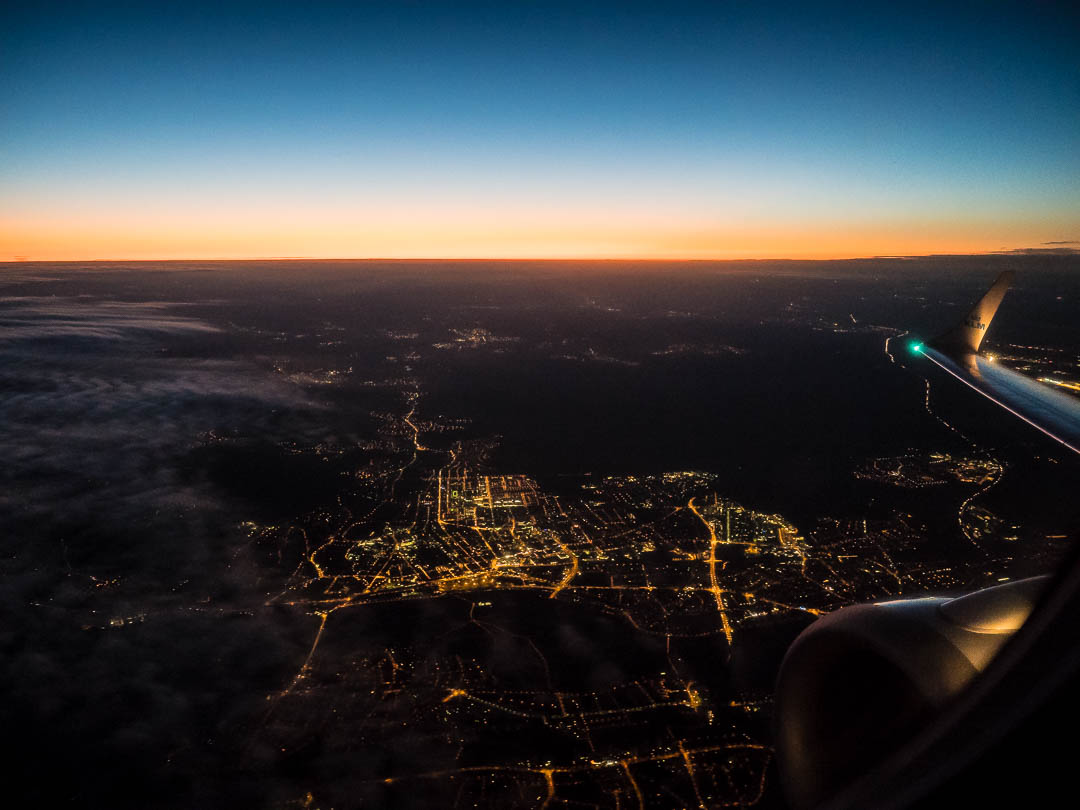 Travel Day again, heading westward for another week of work in Portland, Oregon. Took the early bird 6:15 KLM flight from Nuremberg to Amsterdam, where I had enough layover to do some shooting in the terminal before continuing on a non-stop Delta flight to Portland’s PDX airport. To join me for for a stroll through Schiphol Airport and for a sky view of the Shetland Islands continue reading after the jump…

The images in this post are just a few random shots I took out of the planes and on the ground while connecting through Schiphol Airport. The flight from Nuremberg arrives at the B gates, and I came across a few interesting scenes on my way to the F gates and the KLM Lounge I visited for a coffee and to do some quick e-mails. Camerawise I took my OM-D E-M1 on this trip. The wide angle shots from the airplane are taken with the mZuiko 12-40mm F/2.8 Pro Zoom, for the compressed shots I took in the terminal I used the mZuiko 40-150mm F/2.8 Pro Zoom. For sure a bit of photo gear to carry around, but leaving it unused at home doesn’t make sense either. And in airports there is always something to shoot.

In the terminal area between E and D gates is this giant clock that is essential a video screen, with an animated worker cleaning the clock face from behind and drawing the minute pointer. Fun to watch! I saw it already during my previous visit, but never had the right lens. This is why I packed the 40-150mm for this trip.

The lights in the terminal make for some nice high contrast monochrome shooting opportunities.

The final shot below shows the Shetland Islands from 37.000 feet, the final land mass before heading out into the Atlantic. Routing today lets us pass north of Iceland, crossing the mid of Greenland, then across Northern Canada down to the Pacific Northwest. Forecast calls for cloudy skies and rain in Portland, so it is doubtful to capture some more of the Cascade’s volcanoes upon arrival into PDX. Having inflight Wi-Fi helped getting this post out somewhere across the Hudson Bay.

You all have a great week !