I parked the car near the World Trade Center (after 7pm most parking in the city is free) and started at Salmon Street Springs, a fountain in the Waterfront Park very popular with families and kids. Then I ventured down the walkway at the riverfront past the Steam. I walked past the the sternwheeler Portland, the last steam-powered sternwheel tugboat to be built in the United States and past the Battleship Oregon Memorial. 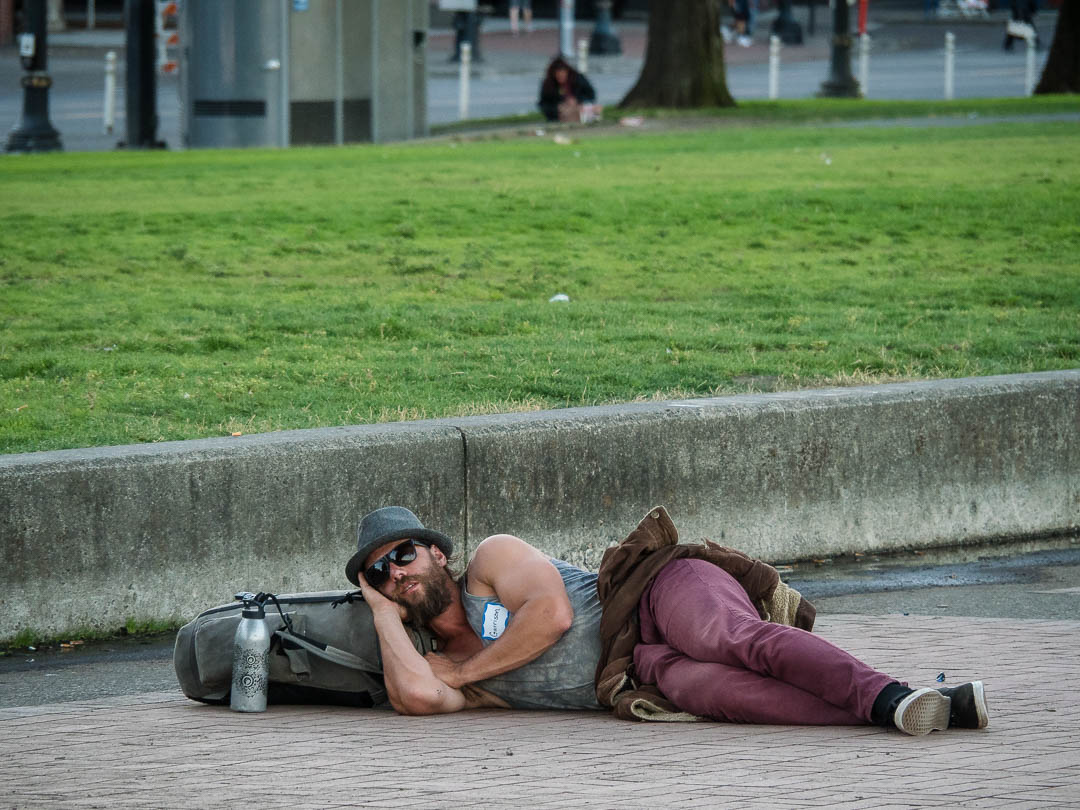 Past the Saturday Market and the Burnside Bridge I crossed the Willamette River via the Steel Bridge, opened in 1912. 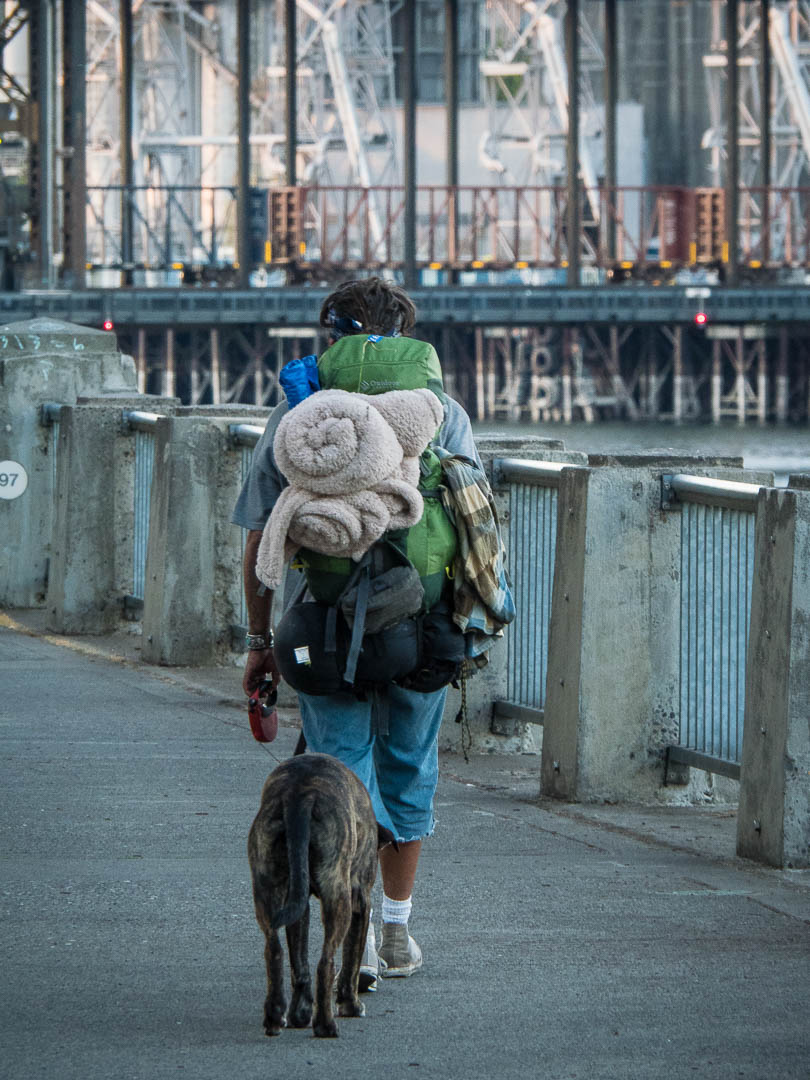 After crossing the Steel Bridge via the lower walkway (quite a noisy adventure as a huge freight train was crossing as well) I walked back on the other side of Willamette River on the Eastbank Esplanade, a walkway built partially into the water.

Visible on the other side of the river is the White Stag sign, also known as the “Portland Oregon” sign, a lighted neon sign located since 1957 atop the White Stag Building in downtown. The sign faces westbound traffic as it enters downtown Portland coming across the river. The sign was acquired by the City of Portland and the lettering was changed to read “Portland Oregon” in November 2010.

I crossed back into downtown via the Hawthorne Bridge, a truss bridge with a vertical lift. It is the oldest vertical-lift bridge in operation in the USA.

I finished my walk at Salon Street Springs Fountain, where late evening walkers enjoyed some refreshing runs through the water on this perfect and warm summer evening in the Pacific Northwest.

The camera used was my Olympus PEN-F with the mZuiko 14-150mm F/4-5.6 travel zoom. For the night skyline shots and I used my mZuiko 12mm F/2 prime wide angle that is the only additional lens I  carry in my bag on this around the world trip.

Tomorrow I will use my free Saturday for a trip to Mount Hood and a hike to Ramona Falls, before I head across the Pacific on Sunday towards Taipei, the next station on my Around the World in Twelve Days business trip.

If you liked this little trip along Portland’s waterfront, just enter Portland in the search field of the blog and check out the many other posts I did about beautiful Rose City.