While waiting for boarding I want to share the next episode of my “Namibia Explored” series, our trip from Swakopmund to Cape Cross.

Cape Cross actually has two major attractions, one of which heavily relates to Nuremberg.

To find out what it is and see some more photos of a colony of 250.000 seals continue after the jump….

We took off from Swakopmund after lunch. The 120 kilometer  drive along the coast of the Atlantic Ocean is an easy one, on a very smooth “salzpad”, a road with a surface mainly of sea salt.

We saw also our first shipwreck on the Skeleton Coast, a fishing trawler from Angola that run aground on this treacherous coast a few years ago.

Main attraction of Cape Cross is the Seal Reserve, one of the largest in the world, with about 250.000 animals. Already when you get out of the car at the parking, you are surrounded by those quite massive animals. We literally had to walk through them to reach a wooden walkway that traverses the colony.

The smell is difficult to bear, and the air is filled from a cacophony of screaming seals. Birth season was in full progress, there was an abundance of cute little furry seal babies. 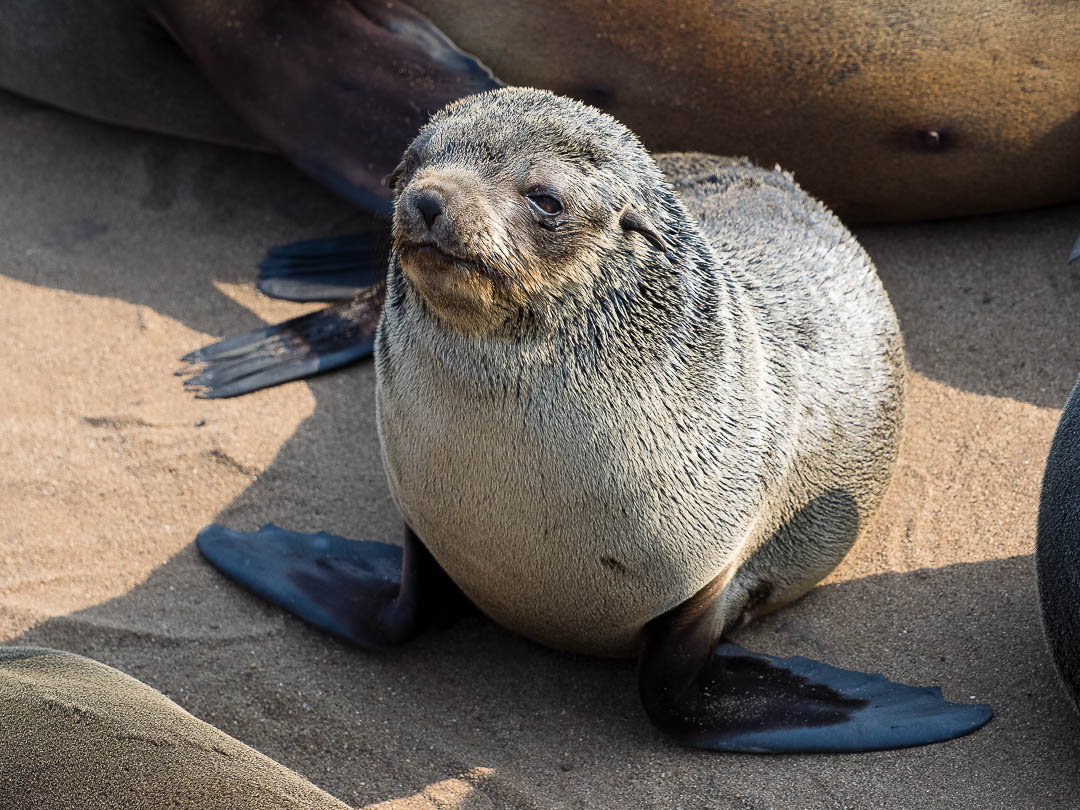 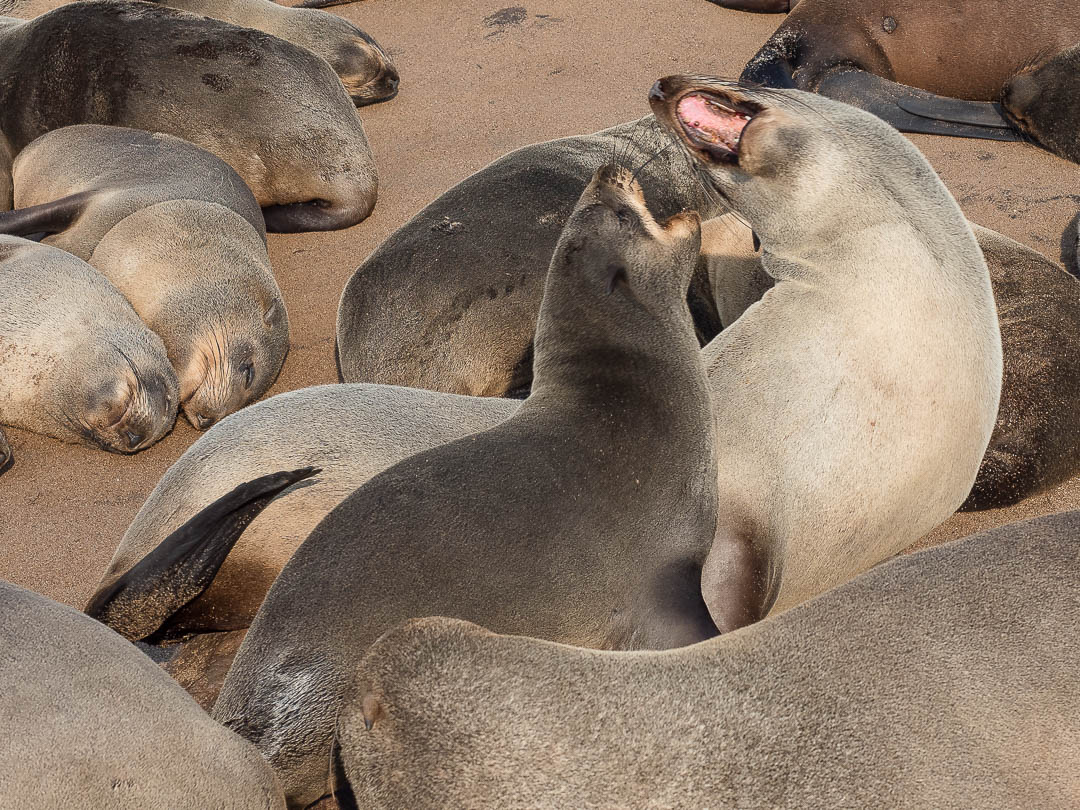 We also saw plenty of fighting bulls and many many happily dozing animals. 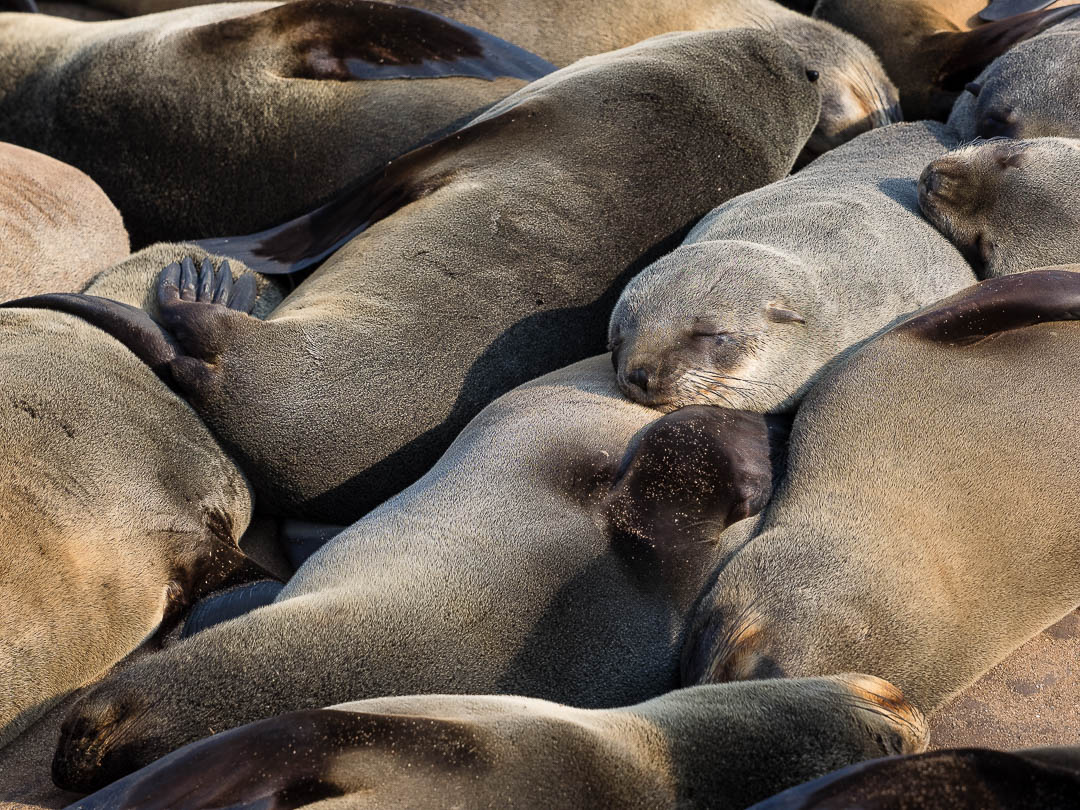 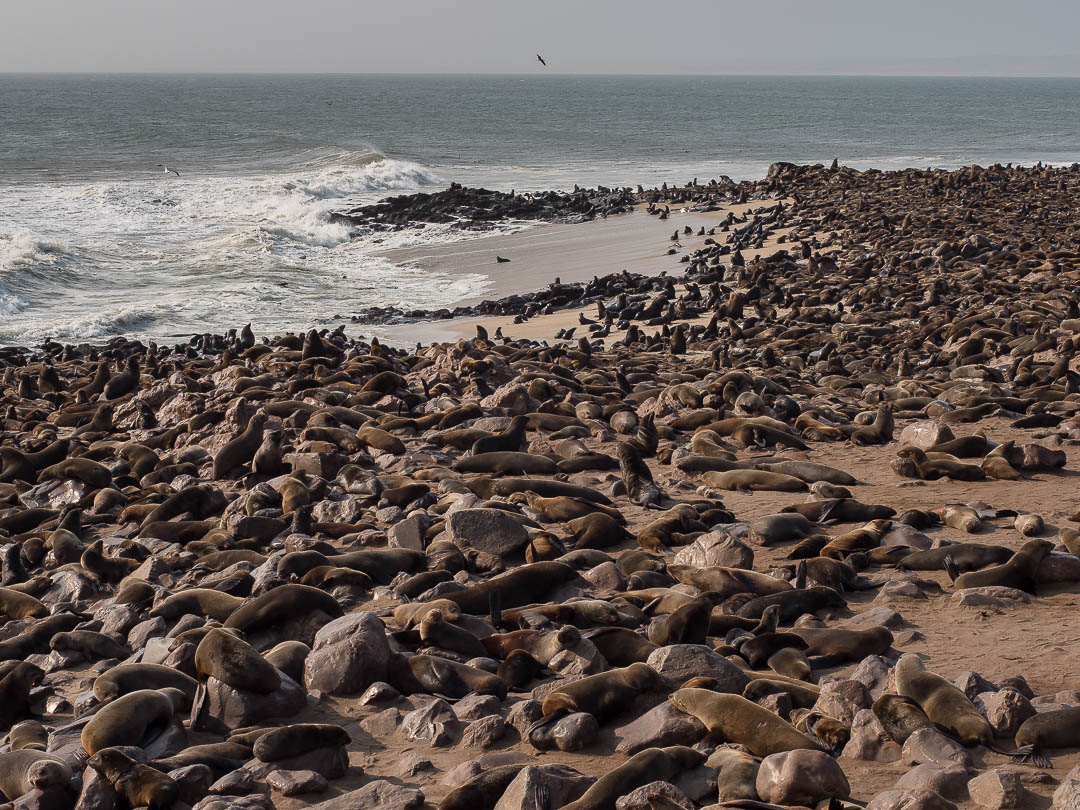 As far as we could look the beach and cliffs were covered with seals. It was a truly amazing experience.

Cape Cross also happened to be where a Nurembergian ( I guess that’s what we are called 😉 ) first set foot on Southern African soil. More than 500 years ago, in January of 1486, the Portuguese navigator and explorer Diego Cão,  as part of the search for a sea route to India and the Spice Islands, advanced south into undiscovered regions along the west coast of Africa. While doing so, he was to choose some particularly salient points and claim them for Portugal by setting up on each a stone cross called padrão. And the navigator of Cão’s ship was a merchant, mariner, cosmographer, astronomer and explorer from Nuremberg, Martin Behaim, the creator of the wold’s first terrestrial globe. He was also a knight in service to the king of Portugal, and in that role part of that expedition. 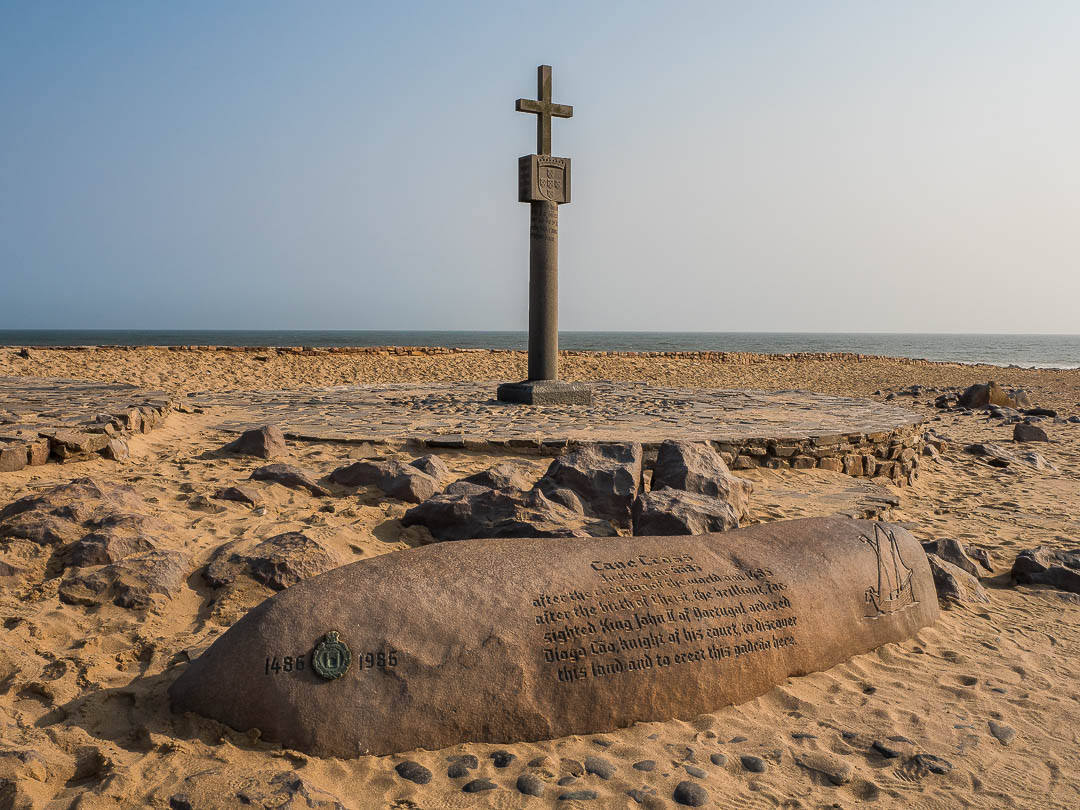 Standing at Cape Cross, imagining how those discoverers must have felt setting foot on this alien, foggy and sweet water less coast was quite something. 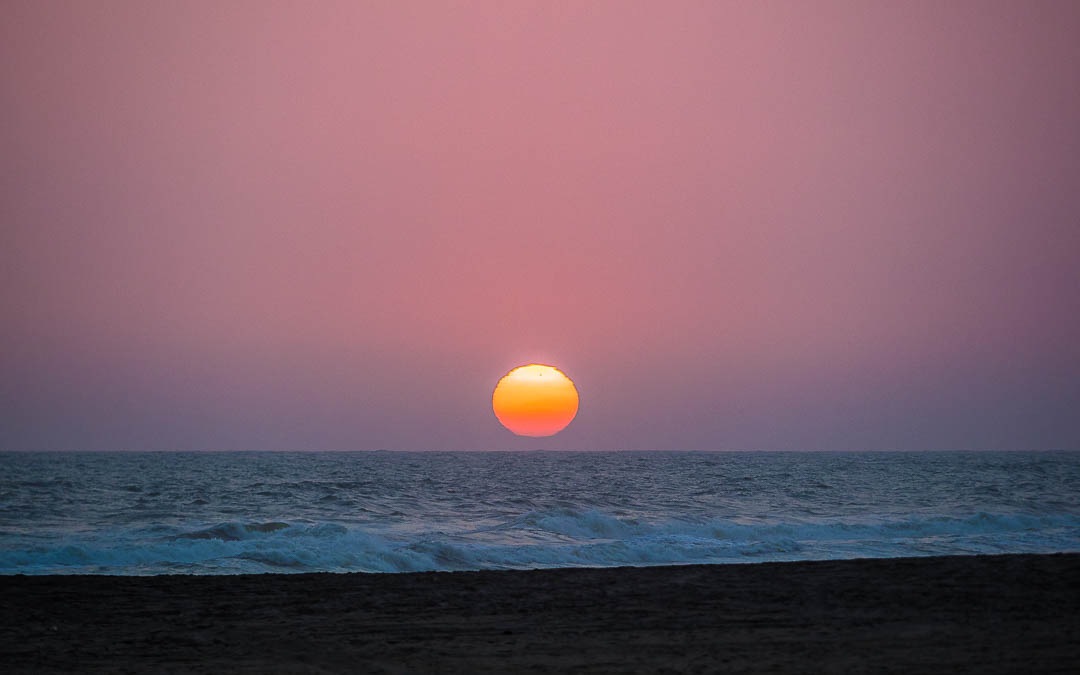 On the way back to Swakopmund we enjoyed a marvelous sunset behind the waves of the Southern Atlantic Ocean.

The next day we left the Namibian coast for good, heading inland, with a first stop and the 14.000 year old bushmen paintings at Twyfelfontain, but this is for the next post.