Before Travel Day (to Portland) comes Match Day (in Munich). A very good friend got us tickets to the Bundesliga soccer match between FC Bayern München and Schalke 04 in Munich’s Allianz Arena. This awesome, sci-fi like stadium is just a 70 minute drive south from our house. To see some more street photography around the match and more impressions from the stunning arena, continue after the jump….

The gear I used

I did not bring any of my big gear to the event, as the Allianz Arena does not allow larger cameras, like many other sporting venues. Therefore I just took my iPhone Xs and the tiny Panasonic TZ-61 compact camera. But they turned out to be the best combo for my visit of the match between reigning German champion Bayern Munich (about as dominant and as popular as the New England Patriots in the NFL) and archrival Schalke.

Some facts about the stadium

Famous Swiss architects Herzog & de Meuron have designed and built the Allianz Arena, which opened in 2005 and is one of the most spectacular stadiums on this globe.

The characteristic façade of the arena is made up of 2760 foil cushions, each 0.2 mm thick,  a total area of 66,500 m². The 45° anti-clockwise diamond-shaped cushions can be illuminated autonomously and in several colors and brightness levels. During home games of the FC Bayern, they feature the traditional deep red.

The light and sound effects in the stadium are state of the art as well. They create a truly fantastic atmosphere for the usual sell-out crowd of 75.000.

We really had excellent seats directly above the Ultra fans. They really create a fantastic atmosphere by singing their battle hymns and waving their flags throughout the match. 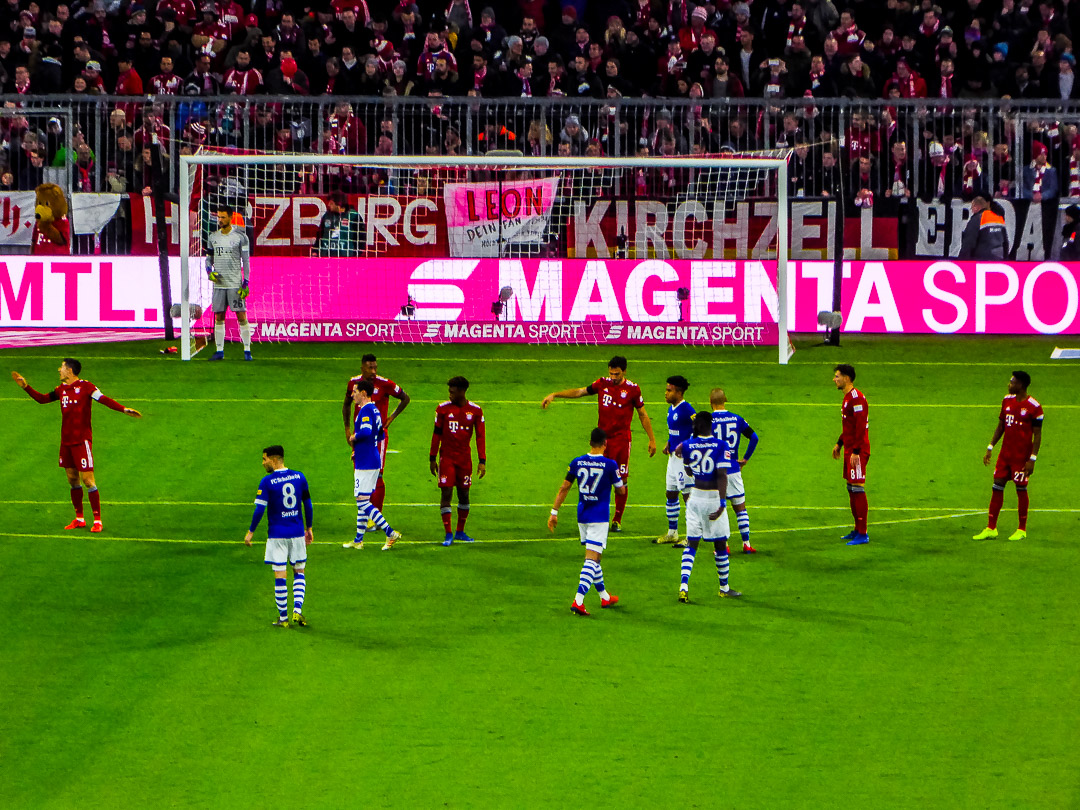 And yes, there was also the match which was dominated by the home team. The final result was 3:1 for Bayern München.

To visit a match in the Allianz Arena is always a treat, because it is very difficult to get tickets. All the games are sold out and most seats are in the hands of season ticket holders. But if you ever have the opportunity to see a match of the FC Bayern be sure not to miss it!

I wish you a great Sunday!

His last match – and how I captured it

Oregon International Air Show (and how I photographed it)